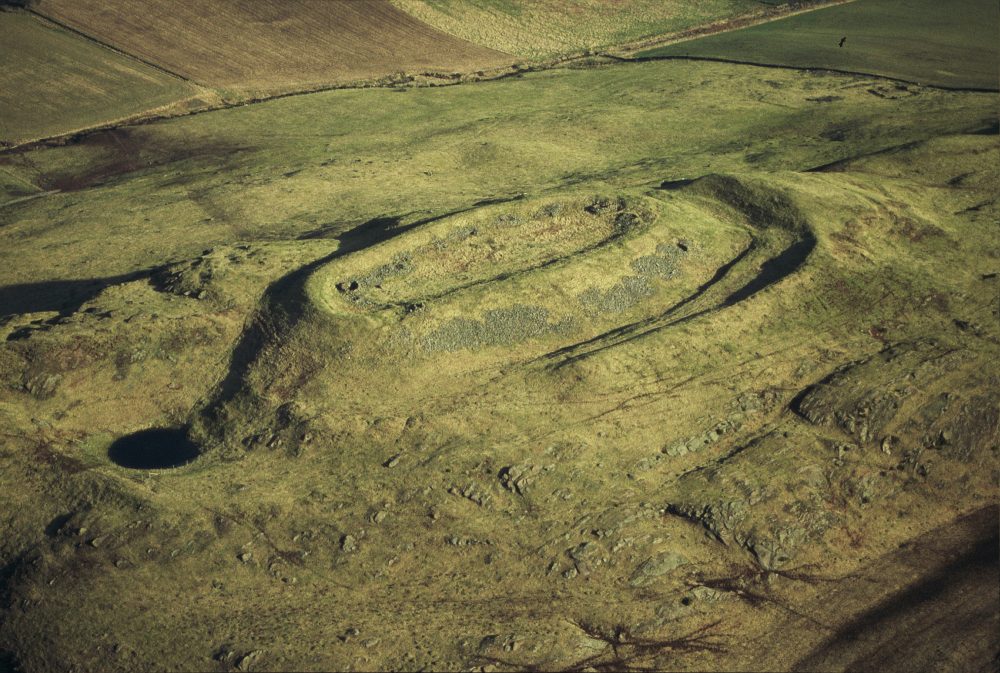 Barry Hill is one of the best preserved examples of an enclosed hilltop settlement in Scotland.  Although Barry Hillfort has not yet been excavated, similar monuments have been found to date from the late prehistoric period, around 3,000 years ago.

During this period, people began defining and enclosing their settlements. This was a time of climatic deterioration. As conditions became colder and wetter, cultivation of higher altitude land became less sustainable and people began to move into lower lying areas. This contraction of viable land is one suggestion late prehistoric people felt the need to define and protect the land where they lived. Hillforts are a very distinct form of enclosed settlement that emerged during this period of change and there are few examples more dramatic than Barry Hill.

Hillforts are highly visible, enclosed by a single or a series of defensive lines or ditches and stone, timber or banked-earth ramparts.

We tend to think of them chiefly as strongholds, defensive bolts or like modern towns where people made, bought & sold goods and they certainly would have played a key role in prehistoric society, perhaps displaying the power and control of their occupants over the surrounding land and resources. They could also have been important meeting places and played a symbolic role for example being used seasonally as centres for religious rituals.

Myths and legends often develop around such sites and Barry Hill is no exception with its links to the legend of Vanora, the Scottish name for King Arthur’s Queen Guinevere.

Often archaeological evidence finds multiple phases of building, defences and occupation activity, sometimes with long spans of inactivity in between.

Barry Hill has never been excavated, but from detailed topographic survey (a map of the contours of the ground and existing features on the surface of the earth or slightly above or below the earth’s surface) we can identify that Barry Hill has several phases of construction including a later massive stone rampart (now reduced to rubble) enclosing the summit of the hill and an earlier series of stone and earth ramparts which take in a much larger area. Beyond the main occupation phases there is also later disturbance by quarrying for millstone in the 19th and 20th centuries.

The Story of Vanora

The legend of Vanora has her as the queen of Arthur, a 6th century king of Strathclyde. Before leaving to go on a pilgrimage to Rome, Arthur appointed his nephew Modred to act as his regent and rule in his place. No sooner had Arthur left the country than Modred seized the throne and seduced his aunt, Vanora. Soon they were ruling as man and wife with Pictish troops to enforce their rule. It was only a matter of time before Arthur found out what had happened and he immediately headed home to raise his followers and have his revenge. The battle where Arthur and Modred met is said to have been at Camlaan, near Carlisle, however, new historical research also places the battle of Camlann around the Hill

of Alyth. True to the old myths Arthur was victorious but in killing Modred he sustained a mortal wound himself. Soon he died and with him went any faint hope Vanora might have treasured for merciful treatment. First imprisoned at Barry Hill, next door to Alyth, she was found guilty of treason and adultery and torn to pieces by a pack of wild dogs. Her grave mound is still marked in the Churchyard of nearby Meigle and the grisly scene of her death is said to be portrayed on the great Vanora Stone, part of one of the most important collections of Pictish symbols stones in the world found around her grave mound and now housed in Meigle’s famous Pictish Stone Museum. 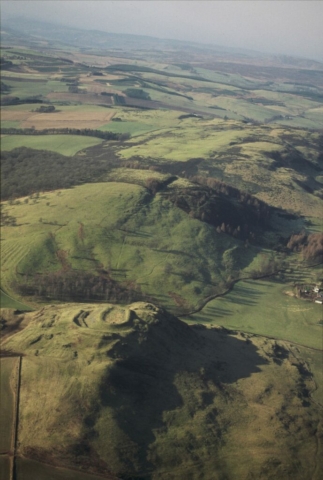 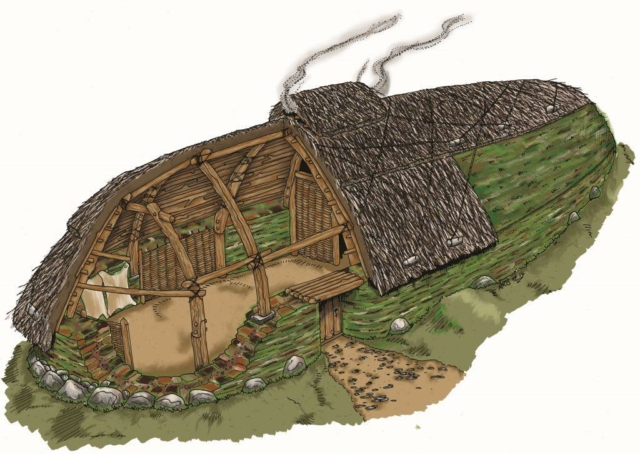 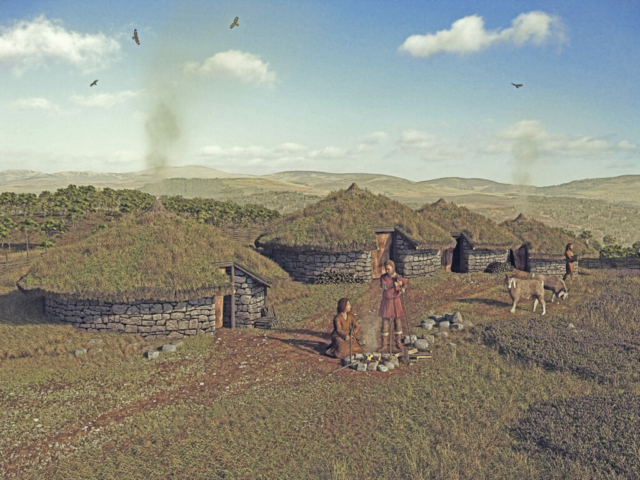