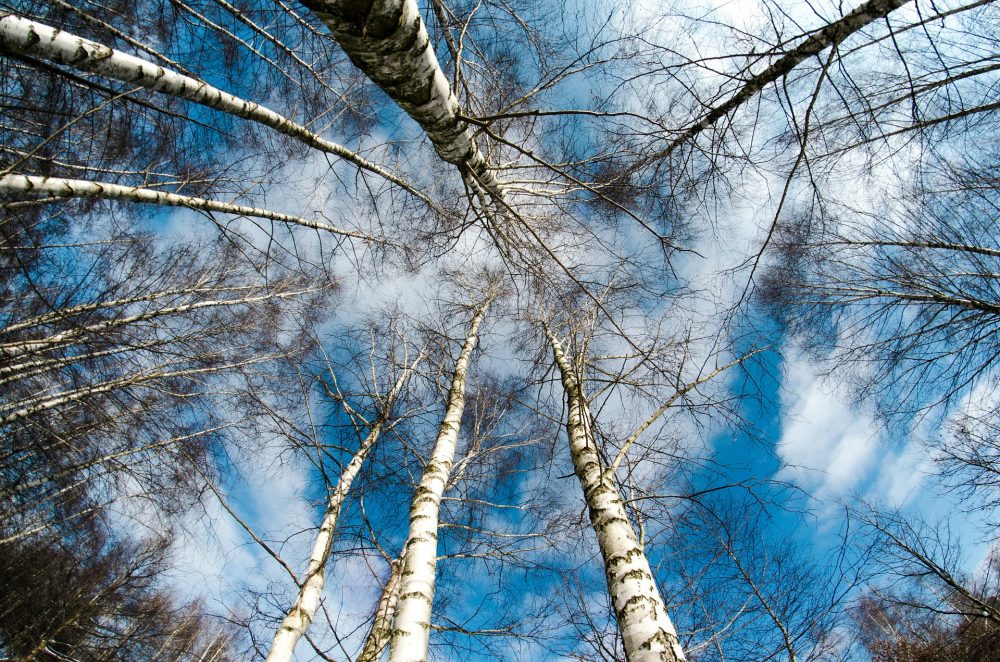 Native tree species are those which arrived naturally in Scotland without direct human assistance as far as we can tell. Most of our native tree and shrub species colonised Scotland after the last Ice Age (which ended roughly 9,000 years ago), with seeds dispersed by wind, water, and animals. The Cateran Trail’s most common native trees include Scots Pine, Birch (Downy and Silver), Oak (Pedunculate and Sessile), Willow (various species) and Rowan.

The Scots Pine – or Pinus Sylvestris – is Scotland’s national tree. It was prevalent in the once extensive Caledonian pine forests, and is the only timber-producing conifer that’s native to Scotland. It is known as a pioneer species, due to its ability to regenerate and thrive in poor soils. You can find the Scots pine further afield too, it’s extensively planted in Europe and beyond. Scots Pine timber is known as ‘red deal’, and is strong and easy to work with. It may not be naturally durable, but it takes preservatives well.

Both Silver Birch and Downey Birch are widespread around the Cateran Trail, with silver birch occurring principally on the well-drained, drier soils and downy birch preferring the wetter locations. They grow as largely monospecific stands, or birchwoods and also within other forest types, such as pine and oak woods. Before much of Scotland was deforested of by humans, when much larger areas of Scots pine and oak forests flourished, it is likely that birch was less common than it is today.

The Oak tree once formed a third of all tree cover in Britain. Its wood is very dense which creates great strength and hardness and means that it has always had many practical uses from ship building to making timber frames for buildings. Oaks are keystone species, which means they play a unique and crucial role in supporting lots of other different organisms in an ecosystem from birds to worms and bacteria. Without keystone species, the ecosystem would be dramatically different or cease to exist altogether.

Willows, also called sallows, and osiers are found primarily on moist soils. All species, of which there are 400), have abundant watery bark sap, usually pliant, tough wood, slender branches, and large, fibrous roots. The roots are remarkable for their toughness, size, and tenacity to live, and roots readily sprout from aerial parts of the plant. Almost all willows take root very readily from cuttings or where broken branches lie on the ground. They are often planted on the borders of streams so their interlacing roots may protect the bank against the action of the water.

The mystical, distinctive rowan tree is found higher up in the mountains than any other native tree. Its botanical name is Sorbus aucuparia and it’s often called the ‘mountain ash’, although has no relation to the ash tree. In the past, superstitious residents planted rowan trees outside houses and in churchyards to ward off witches. And more recently, this favourable tree came second to the Scots pine in the running for Scotland’s national tree. 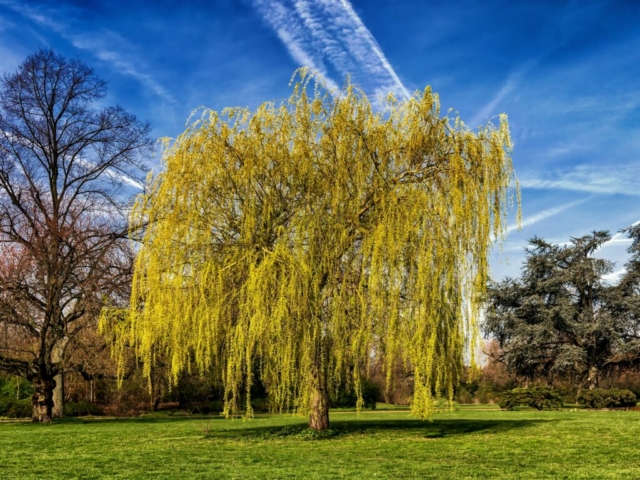 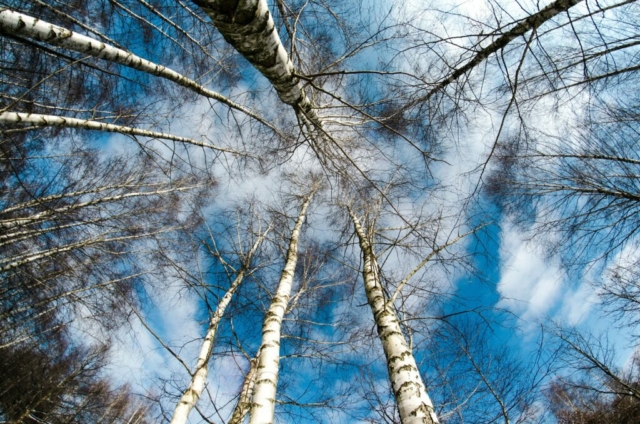 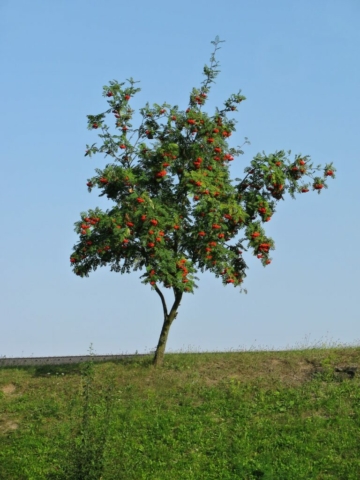 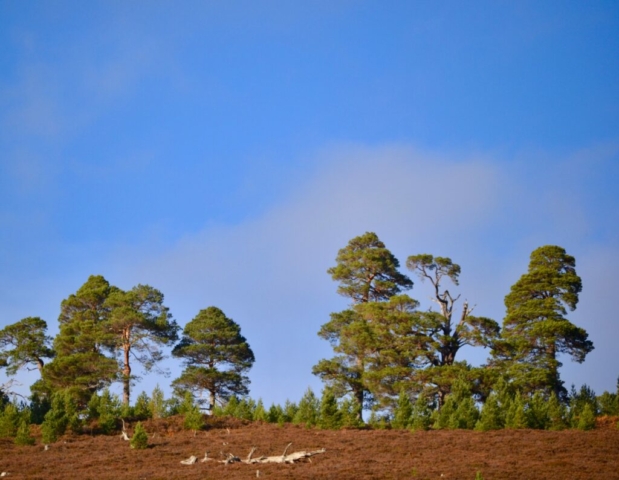