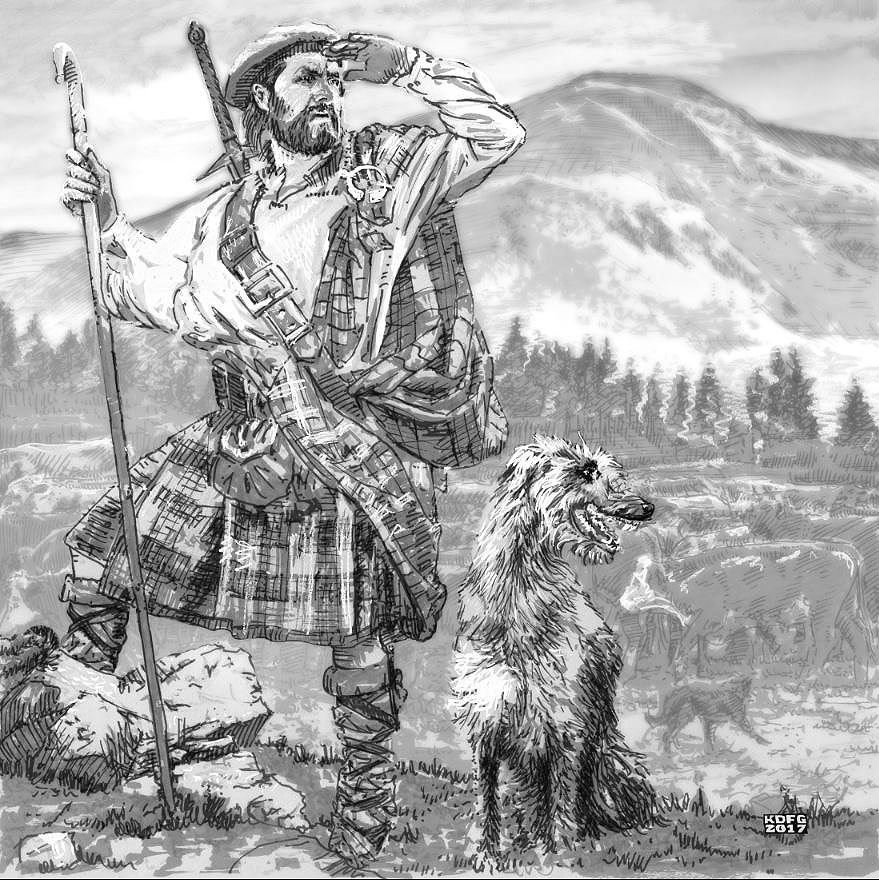 ‘Cateran’ derives from the Gaelic word ceatharn meaning ‘warrior’, but usually one that is lightly armed. The term was originally given to a band of fighting men of a Scottish Highland clan but in the lowlands, came to be  associated with Highland cattle raiding. The earliest documentary evidence we have for Cateran raids is in the mid- to late- 13th century.

But what gave rise to the cattle-raiding Caterans and why did they attack places like Glenshee, Glen Isla and Strathardle? One Scottish historian has suggested that given the dates of the first recorded raids, the aftermath of the wars with England, plague and environmental factors such as climate change led to fall in population and colder and wetter weather. This led to greater difficulty in raising crops in an area (i.e. the Highlands) that was always marginal and so two alternative ways of making a living – herding cattle and raiding cattle became more prevalent.

Another historian suggests that cattle raiding is purely a practice of inter-tribal activity that he believes had been part of clan life for many centuries and may have had its origins as far back as the Iron Age.

Many stories have been handed down over the centuries about the Caterans, some of which can be found in Stuart McHardy’s book ‘The School of the Moon.’ Here’s one about Chalmers of Morganstoune:

During the 18th century, a man named Chalmers, who lived at Morganstoune (close to Brideg of Cally), was prepared to protect his property fiercely from the Caterans who plotted to murder him in his sleep. While out tending his cattle, Chalmers spotted some Caterans lying in wait. Pretending not having seen them, he went about the rest of his business, but that night stayed up to beat them at their own game. Eventually, a Cateran stealthily tried to enter the house and was killed by Chalmers, who then killed a second Cateran. The surviving Caterans crept away and never troubled Chalmers again.

(Photo: A Cateran in Glenshee by Kevin Greig, staneswinames.org, an original artwork commissioned for the Exhibition ‘A Story of the Cateran Trail in 100 Objects’, Alyth Museum 2017) 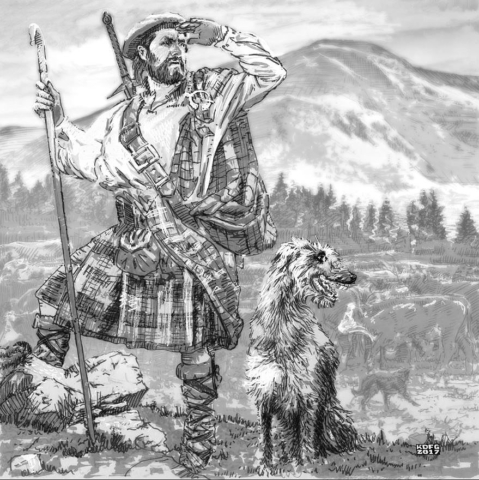 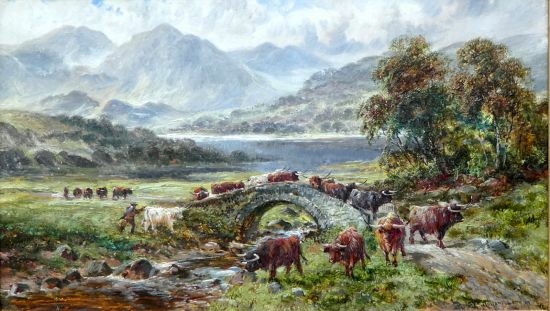 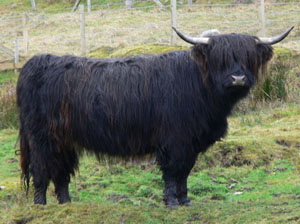 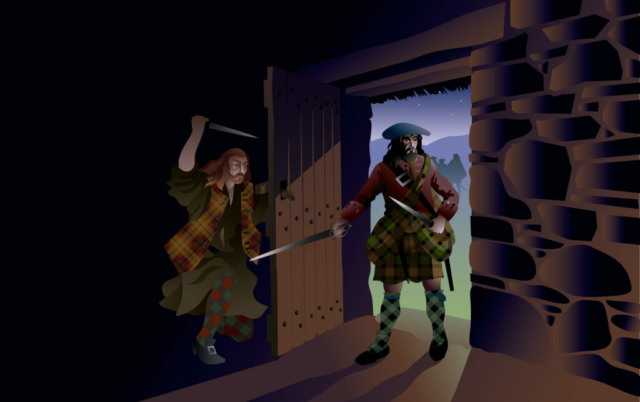