Like many parts of Scotland, the Cateran Trail has a rich heritage of folktales, myths and legends. Glenshee takes its name from the Gaelic word sìth, signifying ‘fairies’. Until the old tongue died out in the late 1800’s the inhabitants were known as Sithichean a’ Ghlinnshith – ‘The Elves of Glenshee’. 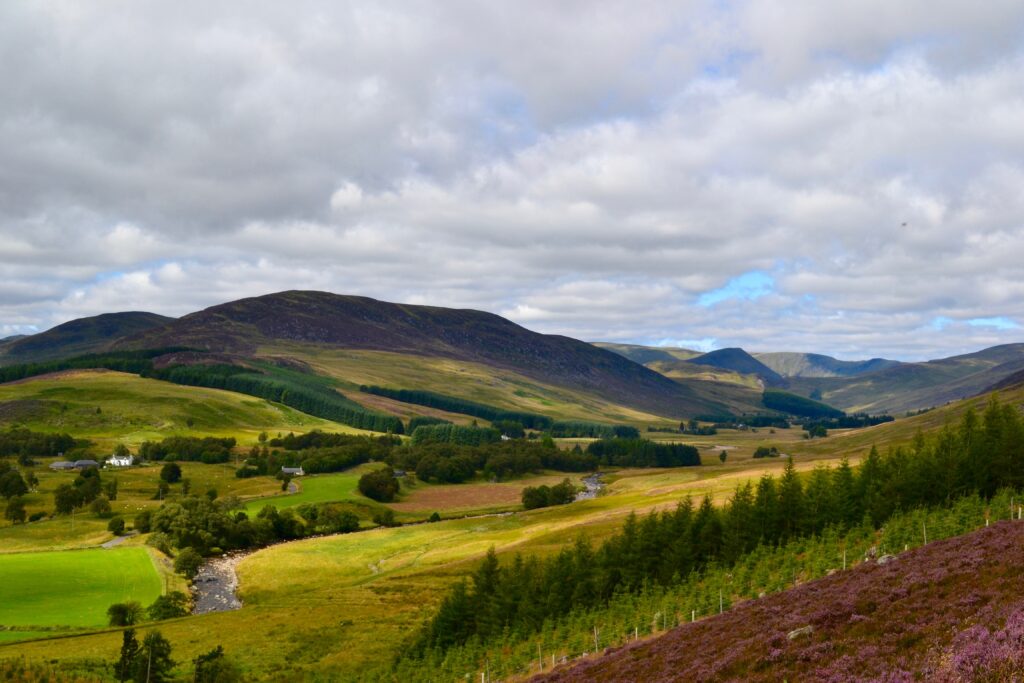 The Green Lady is a traditional ghost in many Scottish homes and castles and Blairgowrie has its very own Green Lady o’ Newton. Stories about white snakes can be found in many cultures and The White Serpent of Bamff near Alyth, tells the tale of how the Ramsays of Bamff acquired their land.

But two legends rooted in Glenshee and Alyth stand out in particular for they are part of the canon of the worlds great hero-tales, those of Finn mac Cumhaill and King Arthur. 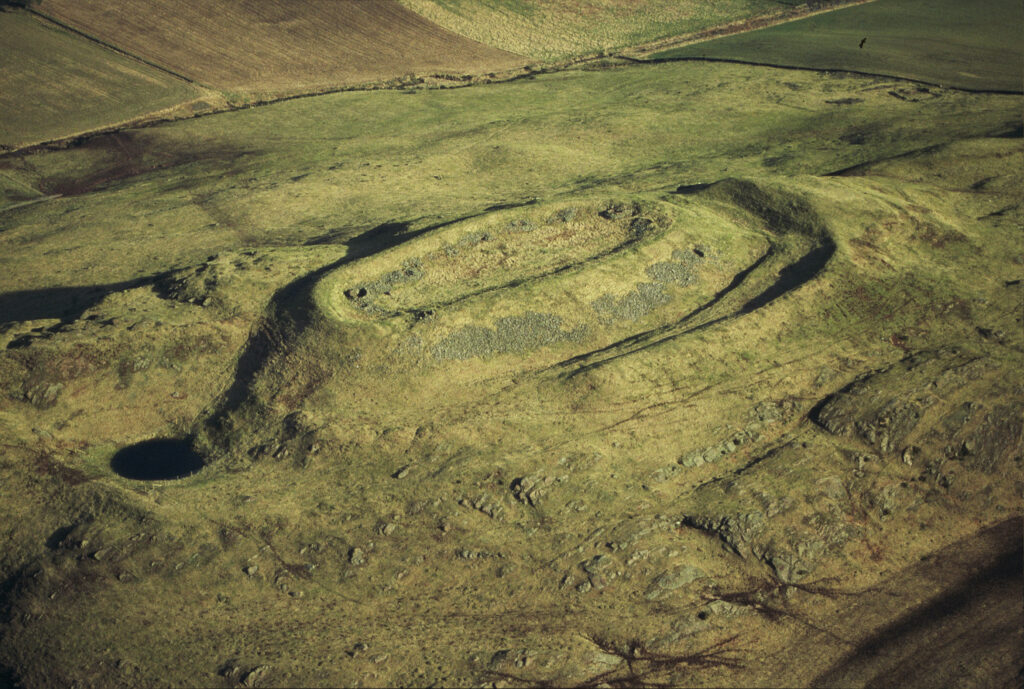 The historian Stuart McHardy has perhaps described the tale of Vanora, the Scottish name for Arthur’s Queen Guinevere and her links to Alyth, most evocatively.

“About 18 miles north east of Perth lies the wee Strathmore village of Meigle. All too easily ignored by the traffic going to and from the North-East this little place contains real treasure for those interested in the ancient culture of Scotland.

The old school next to the kirk on the Dundee road has been made into a museum unlike any other. It contains a unique and beautiful collection of Pictish symbol stones most of which at one time stood in or near the kirkyard. The others are from the surrounding area. One of these stones has a legend about it that links it with one of the great European literary and mystical themes of all time — the story of Arthur and Guinevere.

The stone known as Vanora’s stone was at one time part of a group of symbol stones that stood in the adjoining kirkyard on what is known as Vanora’s Mound. The name Vanora is a variant of Guinevere and these stones are said to have formed a memorial on the grave of that faithless queen. 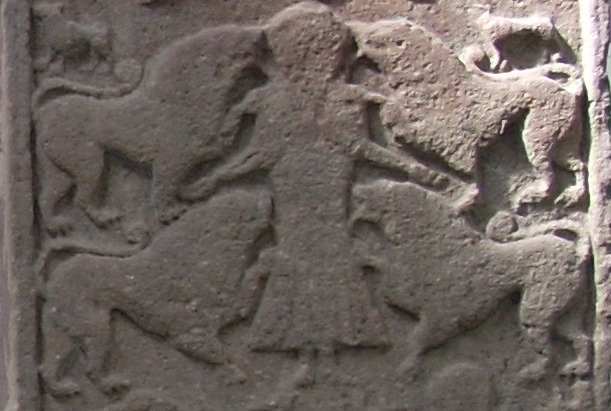 On the side of the stone bearing her name is a fine example of a Celtic cross and in the middle of the other side is a gowned figure being attacked by animals. The official guide book tells us that this is a representation of Daniel in the Lions’ Den but local legend, unconcerned with the need to explain everything in our past as being of Christian origin, tells us otherwise.

Before the French and English romanticists took the Arthurian tales and turned them into florid fancies of chivalry and honour these stories were an integral part of the Celtic culture that existed throughout the British Isles. Like the cycle of hero-tales about Finn Mac Coul the original Arthurian legends were given local settings by the small communities that made up the population. Examples of this can be found in stories and place names from Scotland to the Scilly Isles. The ancient Celts often incorporated actual historical events into the great tales alongside older gods and goddesses given human form. This is how the historical Arthur of the 6th century became involved in the great mythological cycle of tales about his namesake.

The historical Arthur was probably not a king but the leader of a band of warriors who was made a leader of the common defence against the various invaders of his time. It was the accepted norm in all Celtic societies that the most able war chief would be given overall control of the army during a crisis, returning to his former position once the danger was past. The role of the actual king was more legalistic, ritualised and even spiritual.

The story of Vanora’s Stone has her as the queen of Arthur, a 6th century king of Strathclyde. This kingdom stretched from Dumbarton south as far as Carlisle. Although the whole of the British Isles was at this time under almost permanent threat of invasion Arthur decided to go on a pilgrimage to Rome. This was to show his loyalty to the Roman church in its struggle against the independent Celtic church of that time. Before leaving he appointed his nephew Modred to act as his regent and rule in his place. Disaster was bound to follow.

Though the Celtic peoples would unite in the face of a common enemy their first loyalty was to their tribe and Modred was a Pict. He was bound to make the most of the opportunity presented to him by his uncle. No sooner had Arthur left the country than Modred seized the throne and seduced his aunt, Vanora. Whether she was a willing victim or had plotted the whole thing with Modred is unclear but soon they were ruling as man and wife with Pictish troops to enforce their rule.

It was only a matter of time before Arthur found out what had happened and he immediately headed home to raise his followers and have his revenge upon the faithless pair, The battle where Arthur and Modred met is said to have been at Camlaan, near Carlisle, and it is the site of an actual 6th century battle. True to the old myths Arthur was victorious but in killing Modred he sustained a mortal wound himself. Soon he died and with him went any faint hope Vanora might have treasured for merciful treatment.

While Modred’s actions were understandable given the nature of the times Vanora had committed unforgivable sins. The Celtic peoples laid great stress on the ritual and spiritual importance of their rulers and Vanora had betrayed the most sacred trust. She was guilty of treason and adultery and her fate was a foregone conclusion — death.

The manner of her execution had to be decided and while the deliberations continued she was imprisoned at Barry Hill, near Alyth, just a few miles north of Meigle. Originally an Iron Age fort the site on Barry Hill was probably still in use in the 6th century and was as far from the Hollywood idea of an Arthurian castle as it is possible to be. At last Vanora was brought forth to hear her sentence and it must have surpassed even her wildest fears.

Her treachery to her husband, king and people was so bad that her death had to be as dishonourable as possible. She was to be torn to death by a pack of wild dogs. It is this grisly scene that is said to be portrayed on the stone. 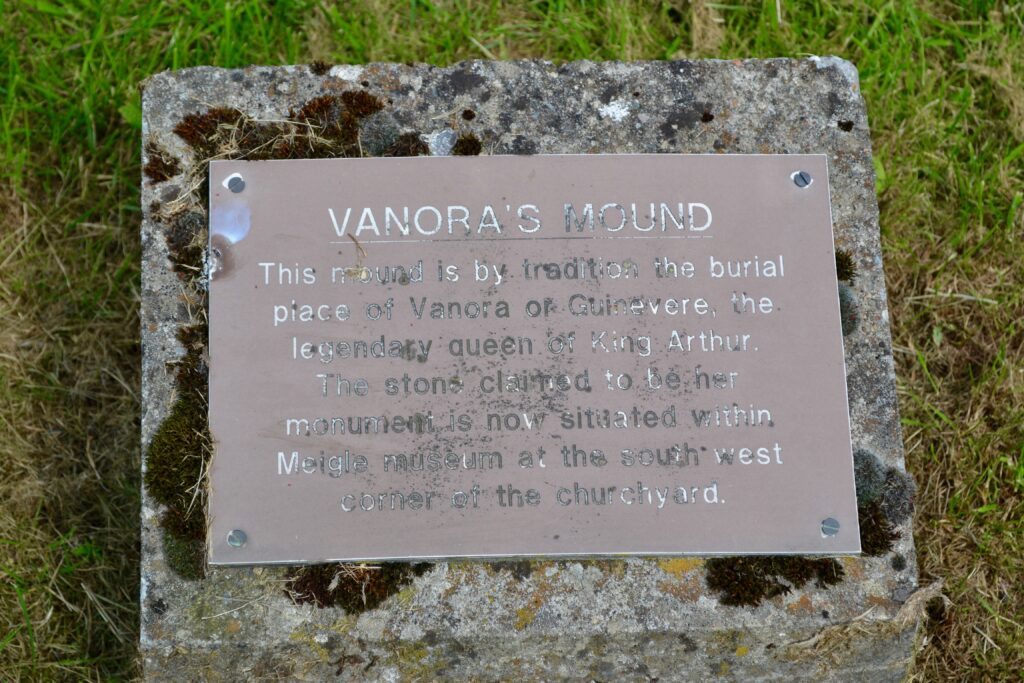 After her gruesome death she was buried at Meigle with the strongest possible curses and anathema being heaped upon her grave in a manner reminiscent of Druidic ritual. More than twelve hundred years after her supposed burial these curses survive in the local belief that any young woman foolish enough to walk over Vanora’s Mound will become sterile. The curse is still remembered.”

Meanwhile, the Place Name researcher, Peter McNiven has found place-name evidence of the Finn mac Cumhaill legend in Glenshee that he believes is unprecedented in its density in Scotland.

“The legends of Finn mac Cumhaill and his band of Finian warriors loom large in Glenshee…there are a number of place-names and two ballads in particular that seem to locate Glenshee into the Finian legends. One ballad, Laoidh Dhiarmaid (The Lay of Diarmaid), tells how Diarmaid, a colleague of Finn, dies on Ben Gulabin at the head of Glenshee, killed by a boar. At the bottom of Ben Gulabin, near Spittal of Glenshee, is a stone circle which has the name of Grave of Dhiarmaid. The ballad opens with the following lines:

This glen beside me is Glenshee,
where blackbirds and other birds sing sweetly;
often would the Fian run along this glen behind their hounds.
This glen below green Beann Ghulbainn,
whose knolls are the fairest under the sun,
not frequently were its streams red after hunts had been held by Fionn of the Fiana.” 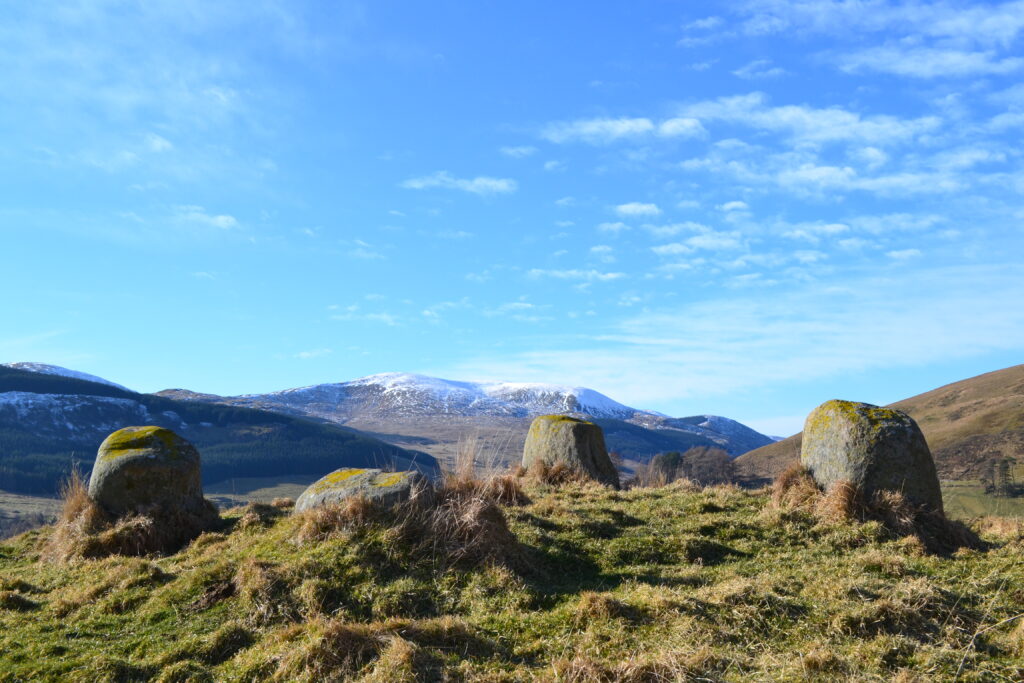 Dhiarmaid or Diarmuid as his name is sometimes spelled, was a brave and handsome warrior who fell in love with Finn’s wife, Grainne. The King, hoping to get rid of Diarmiud, ordered him to kill a huge ferocious boar living in a ravine on Ben Gulabin (which means boar’s snout). Diarmuid, seeing this as an opportunity to appease Finn, agreed, sought out the boar, fought and killed it. Finn then insisted that Diarmuid measure the length of the boar and he did this by using his feet along the boars back. During the measurement however, some of the spines of the boar’s back entered his foot and the wounds became infected. Diarmuid died within 24 hours. There had been an antidote to the infection, but Finn had had the forethought to have poured it into the Shee water. Queen Graine on hearing of his death, killed herself by falling on an arrow (1)

“Another ballad while not explicitly set in Glenshee, seems to have been sufficiently popular with Gaels of the area for them to transfer the ballad from its original setting in Ireland to Perthshire. The ballad, Naonbhar do-chuadhmar fá choill (‘Nine strong we set out into a wood’), is about a group of Fianna who set off on a quest to make ‘some kind of object pertaining to dogs’. The band of warriors meet three groups of enemies – the Catheads, the Dogheads and a mysterious un-named band, whom they overcome and then succeed in their quest.

While the place-names in the ballad itself have been located in Ireland, the ballad must also have been acted out in Glenshee as there are a number of place names relating to it. In the middle of the ballad the Fianna raise their banners, ‘symbols of their strength and authority’, and they immediately defeat the Cathead, Dogheads and their comrades. In Glenshee is a hill called Creag nam Brataichean or ‘crag of the banners’; one of the banners raised in the ballad is Lámh Dhearg, bratach mheic Rónáin ‘[Red Hand], the banner of Rónán’s son’ (Ronan is another character in the Finn stories). Lamh Dhearg is the name of a hill about 2.5 km north-east of Creag nam Brataichean. In many Irish legends and stories, the heads of the enemies are then severed as a sign of victory; Finegand, the farming hamlet in Glenshee is Fèith nan Ceann, meaning  ‘bog of the heads’.”

(1) This version of the story taken from ‘Explore the Cateran trail’ by Chic Leven and Ken Roberts.