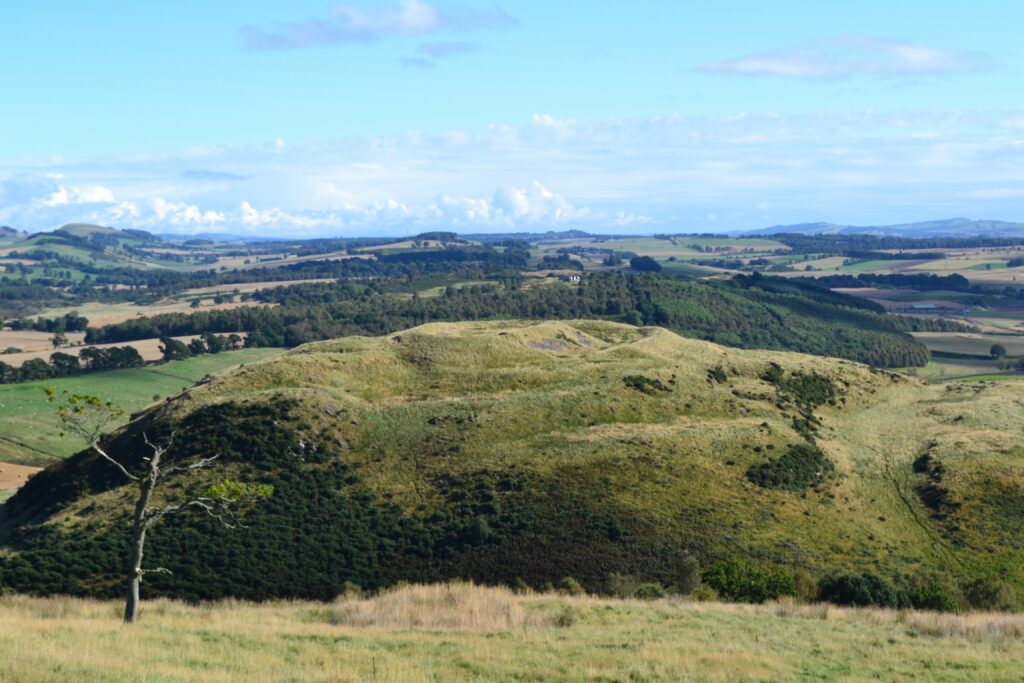 Starting in Alyth’s historic Town Square they walked through Glen Isla Golf course, taking in the Standing Stone or ‘Menhir’ on the 3rd hole where Nicky explained its likely age – 4,000 BC to 1,500 BC and use – probably as a meeting place which could also have had ceremonial and religious uses.  The children playfully formed a circle around the stone singing ‘We are Guardians of the Stone’ before moving off toward Loyal Hill where they began the steep ascent to the viewing point for Barry Hill. 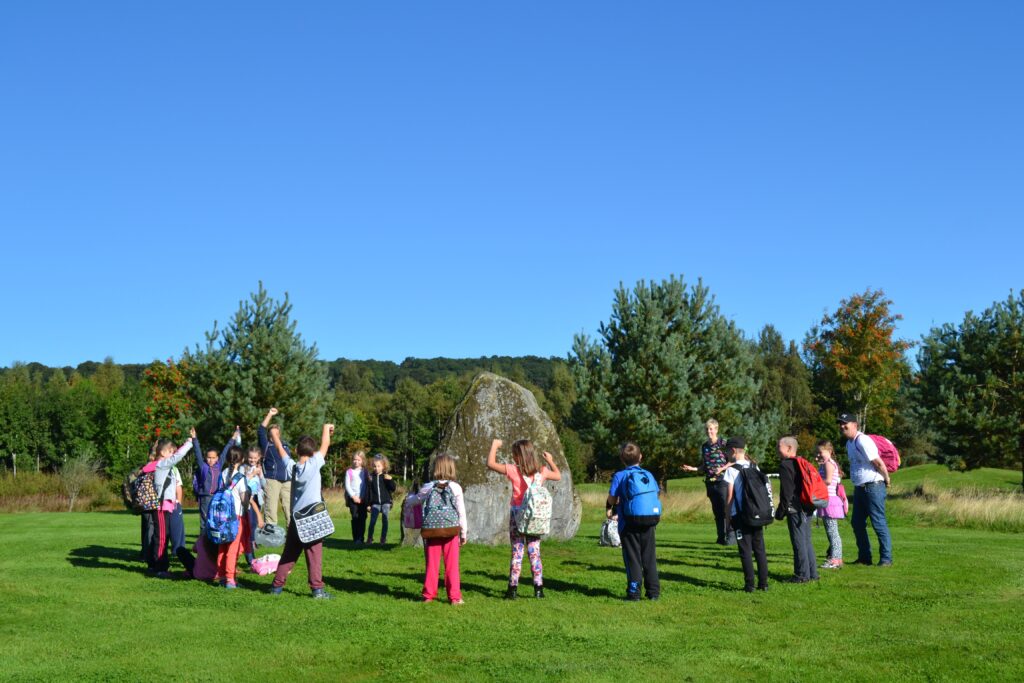 Still unexcavated, Barry Hill is one of Scotland’s best preserved iron age forts although its occupation most likely spanned many periods. It is thought that such sites had multiple functions and roles in addition to offering a defensive position in case of attack including being a centre of political power, a place where goods were produced, stored and traded through fairs and markets and also as a centre for religious rituals.  Myths and legends often develop around such sites and Barry Hill is no exception with its links to the legend of Vanora, the Scottish name for King Arthur’s Queen Guinevere. 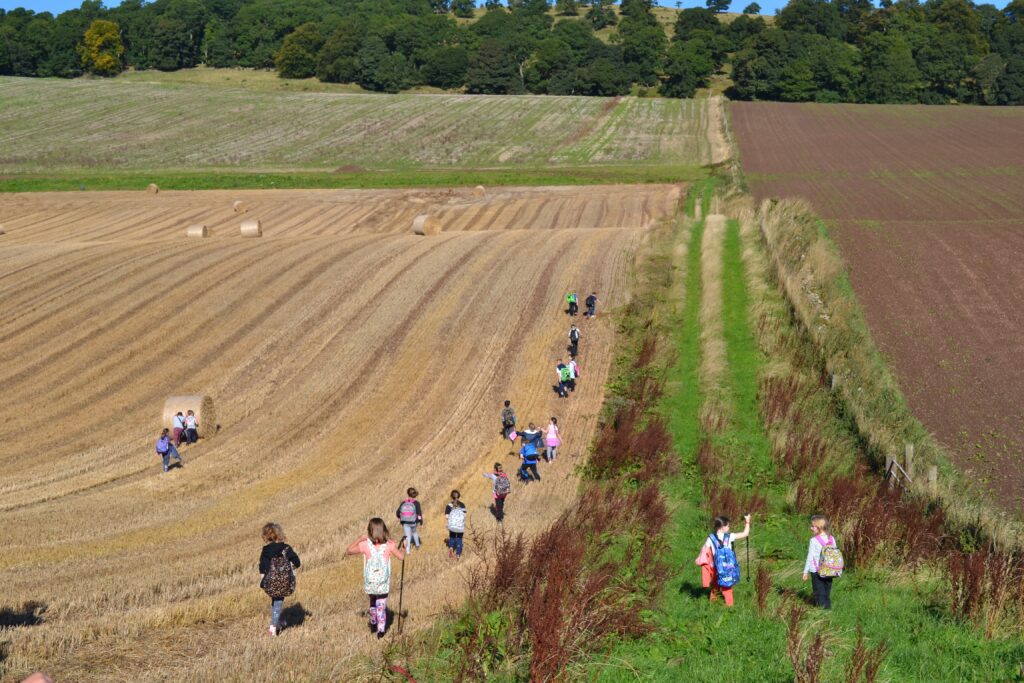 Alison Hall said “Its time that we found a way to undertake some formal excavation of Barry Hill. It is an astonishing heritage asset to have on our doorstep and one that could help encourage more visitors to come to the area and enjoy learning about its origins and place in the pre-history of Scotland” 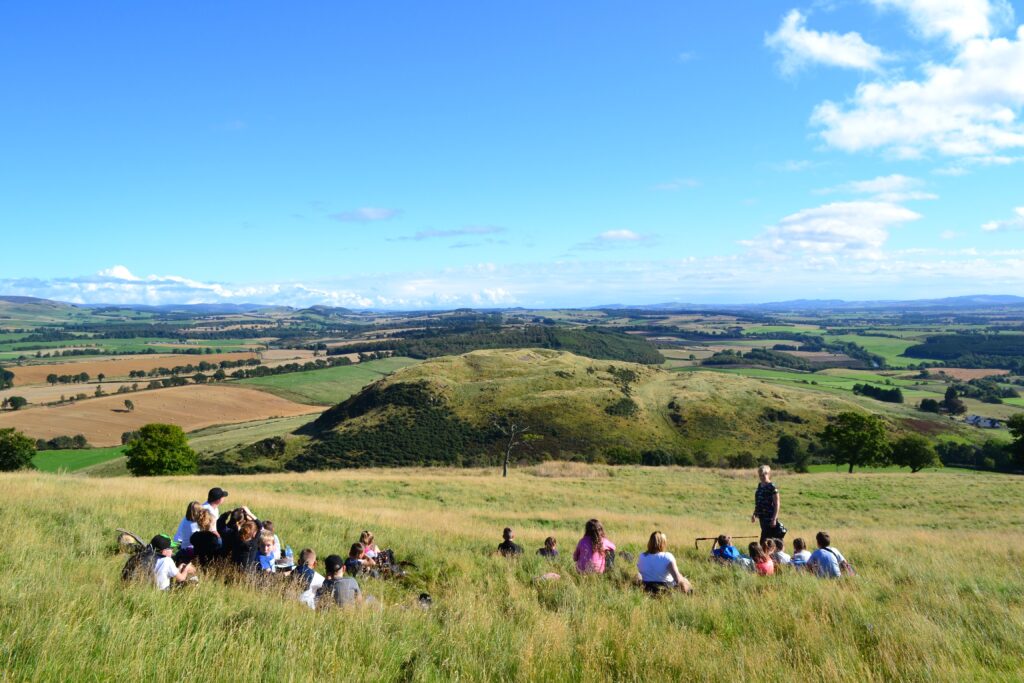 Nicky Macfarlane said “It puts the learning they’ve been doing in the classroom into a new context but also, it helps them understand a bit more about their local environment and what it holds. I hope it contributes to developing their sense of place, community, time and space. Most of all, it was a good fun challenge for everyone. The children worked hard to arrive at the top. They chatted to each other and volunteers along the way and they now have the memory of a happy, shared experience.” 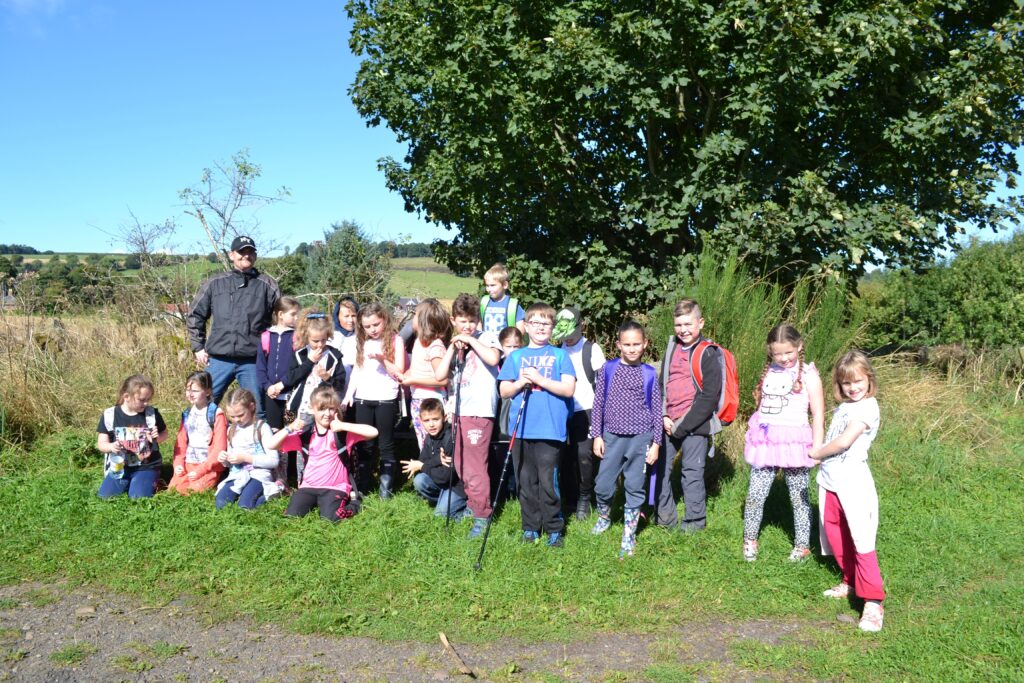 Clare Cooper said “It was a privilege to accompany the children on this trip and to see how much they enjoyed being outside and learning about the heritage on their doorstep. I know it is hard for Schools to organise these kinds of events as there is no support available to help make them happen but we need to change that. The extraordinary diversity of history, heritage and archaeology in Eastern Perthshire needs to be easily accessible for all people of all ages to enjoy and I hope the Cateran’s Common Wealth initiative will play a small part in offering new opportunities for that to happen.”

This is a longer version of an article that first appeared in the Blairgowrie Advertiser on 14.10.2016. All Photos by Clare Cooper