Andy Wightman Talk: The Commonty of Alyth Hill & Its Relevance Today
Posted on: 29/04/2017

Andy Wightman, writer and researcher on land issues in Scotland and now an MSP for the Green Party gave a fascinating talk on the Commonty of Alyth Hill on the 28th April in Alyth. 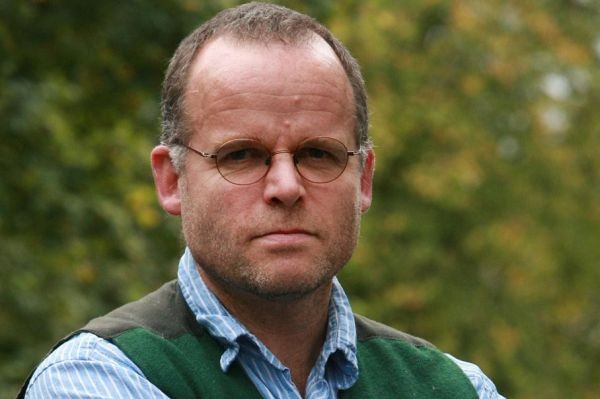 As he has explained in his paper on the topic of his talk, “Commonties are areas of common land that were once extensive across Scotland. Typically, each parish would have genuine common land that was owned by no-one yet used by all the inhabitants of the parish. As feudalism spread across Scotland, these commons began to be regarded in law as the undivided common property of the feudal landowners in the parish (the heritors). Parliamentary Acts of the 17th century allowed commonties to be divided. The 1695 Act was the most commonly used and most of Scotland’s commonties were divided according to its terms. However, many were not and survive to this day.”

He began the story of Alyth’s Commonty by framing the history of land ownership in Scotland referring to documentation from the middle ages that showed that at one time one-half of the entire area of Scotland was common land of one kind or another. Over the centuries the common lands have mostly disappeared as result various ‘land grabs’ by those in power at the time. 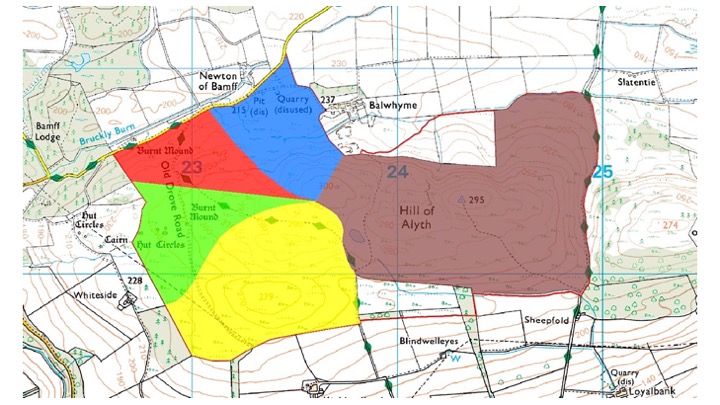 Map of the Commonty of Alyth Hill, Photo courtesy of Andy Wightman

Issues around commonty rights on Alyth Hill has been a live one for hundreds of years. As Andy has written, “The history of the Hill of Alyth is part of the history of three commonties. The Forest of Alyth commonty lay to the north of Alyth, was 7,946 acres in extent and was divided in 1796. The South Common of Alyth lay to the south of Alyth and was 364 acres in extent. The process of division of the South Common was initiated in 1780 and the North Common (Hill of Alyth) was added to this process in 1805 but dropped from the process in 1806. Eventually, the South Common was divided in 1858. Importantly, a number of properties within the town of Alyth received shares of the South Common since, as heritors (albeit modest ones), they were entitled to a share.” 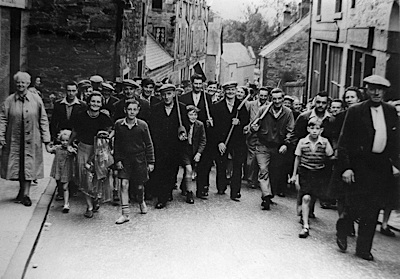 Over the centuries, Townspeople have exercised their rights of access to the commonty. One of the most famous occasions was the 24th of July 1949 when according to a report in the Perthshire Advertiser “About 500 of them climbed the hill on Sunday and, working in small parties, cut divots around the bases of a 600 year stock fence, most of which collapsed. In this  way they exercised their right to ‘fuel, feal and divot’ (peat moss and turf).” The following week they further exercised their rights, this time by cutting the fence. They continued to assert their rights to the commonty including writing to the Secretary of State for Scotland. 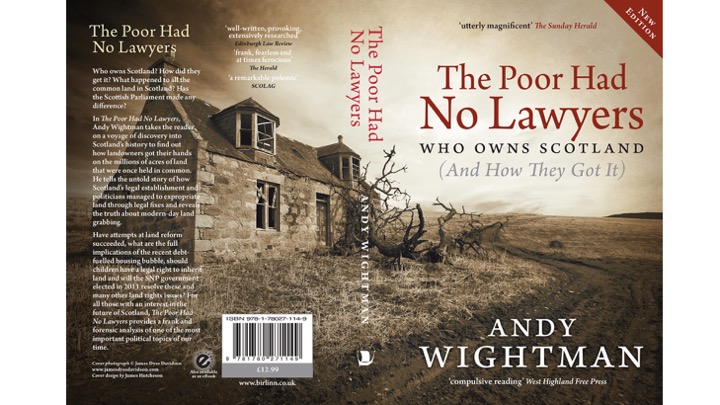 In his famous book ‘The Poor Had No Lawyers” Andy writes “In their letter they complain of the inordinate expense of taking their case to court. They point out that ‘Historians such as Mr This Johnston, Mr Cosmo Innes and others also warn us of the danger of  becoming subject to landowner made laws, supported in the past by lawyers who have lent their knowledge and abilities to the highest bidder.’ They go on to point out that ‘(t)housands of acres of Common land in the surrounding district have been enclosed by landowners in the operation of the law of prescription simply because the people were afraid or couldn’t afford to contest them.” 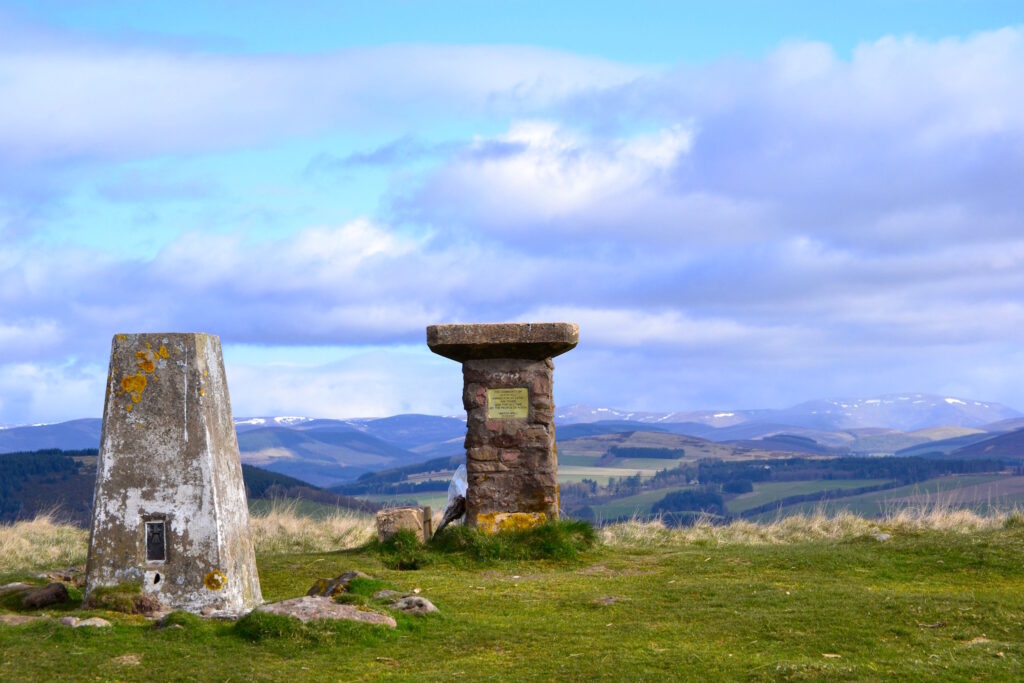 Photo of the Trig point and Plaque commemorating the Commonty at the top of Alyth Hill, Photo Clare Cooper

The Commonty of Alyth Hill is now owned by the Scottish Government and managed on their behalf by Forestry Commission Scotland. Andy ended his talk by saying that there was no reason why the people of Alyth could not use the new powers of Asset Transfer which had come into force in January 2017 and vehicles such as the Alyth Development Trust to reclaim the Commonty and thus protect it for future generations.