A Story of the Cateran Trail in 100 Objects is the first of three Cateran’s Common wealth projects to launch this week with a 4 month public campaign to crowdsource ideas for 100 objects that tell the story of the Trail’s history right up until the present day.

A dramatic view of Gleann Beag where light snow has enhanced the visibility of the rig and furrow cultivation systems., photo, courtesy of Perth & Kinross Heritage Trust

Folk who live and work around the Trail and those who visit are being asked to propose people, places and landscapes and objects associated with them, that they believe tell an important part of the story of this part of Scotland. The final 100 Objects will be chosen next April by a Community panel Chaired by Councillor Bob Ellis and will form the basis of a new booklet, an Exhibition at Alyth Museum and a set of digitized lesson plans for local Primary Schools. 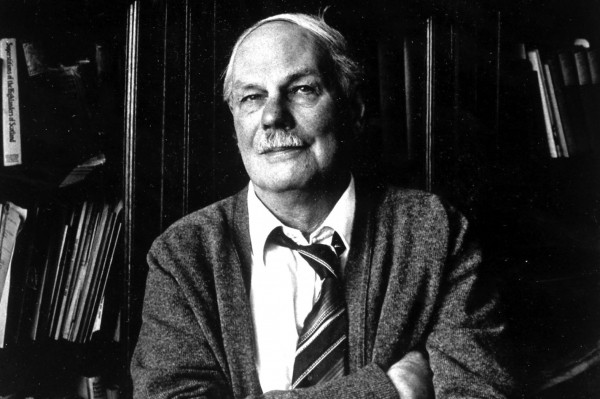 Inspired by the British Museum’s superb ‘History of the World in 100 Objects’, which tells the history of the world through 100 Objects curated from the British Museum’s sprawling collections, this version will be collecting objects that relate specifically to the Cateran Trail.  Typically, an object is a material thing that can be seen and touched, but the organisers are broadening that definition to include places, landscapes and people as well as objects relating to them. 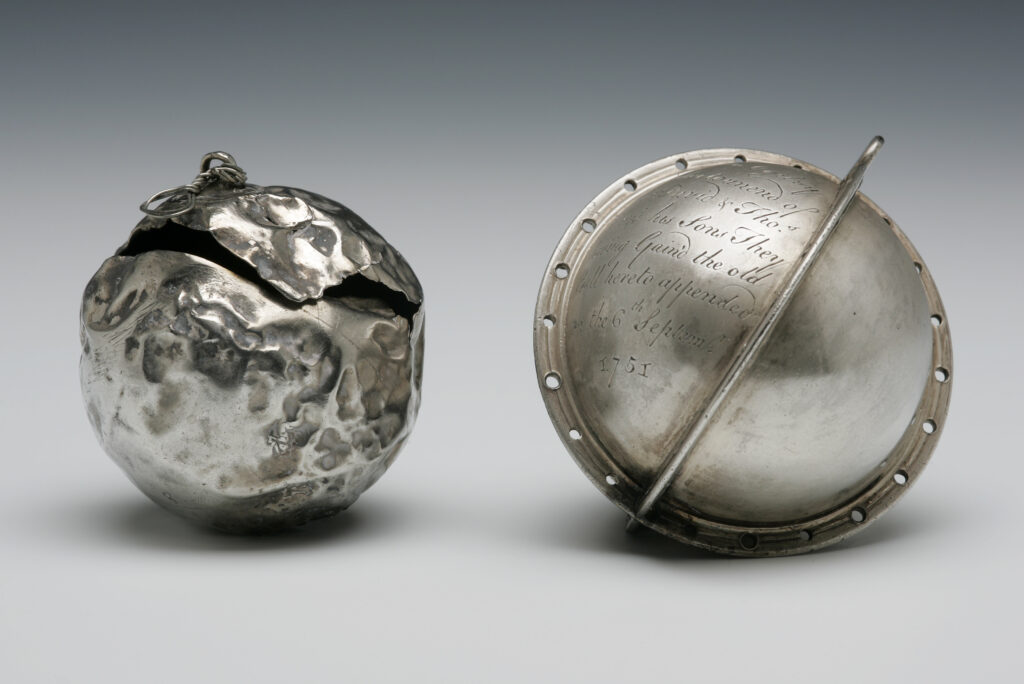 The Silver Ball of Rattray, a unique example of a Scottish hand ball trophy,  photo courtesy of Perth Museum

The Ardler based Landscape Historian Christopher Dingwall, who has written the introduction to the Landscape theme on the project website said: “Behind the tranquil landscape of Strathmore and the northern glens traversed by the Cateran Trail is a dramatic story, stretching back millions of years, which can be read in the rocks and landforms through which trail passes.  The resulting physical landscape can be seen to have a profound influence on patterns of settlement, cultivation and transport. We are looking forward to hearing the views of both local people and visitors as to which landscapes or objects relating to landscapes, such as plants or animals or particular geological forms they would like to see included”.

Peter McNiven, who is undertaking new research on the history of the place names around the Trail said: “Place-names have the potential to tell us a great deal about how people in the past used and viewed the landscape. They can tell us about past land use, especially in terms of agriculture, hunting, authority and justice, archaeology, and myths and legends. They can inform us of important aspects of past religious and social organisation that would otherwise have gone unrecorded. I look forward to seeing which places and objects relating to places are proposed for inclusion in this very exciting project.”

The third theme is about people. The story of any place is also the story of its people, and equally, the story of a people is also in part the story of their place. From the ghillies and gamies and the fishermen, farmers and firefighters (some of whom are all three) to the singers, musicians and artists, they all have a story to tell. The Cateran Trail area has many historical and contemporary figures that have made it what it is today and the Community Panel are expecting to be spoiled for choice in relation to people or objects relating to certain individuals that are proposed for inclusion. 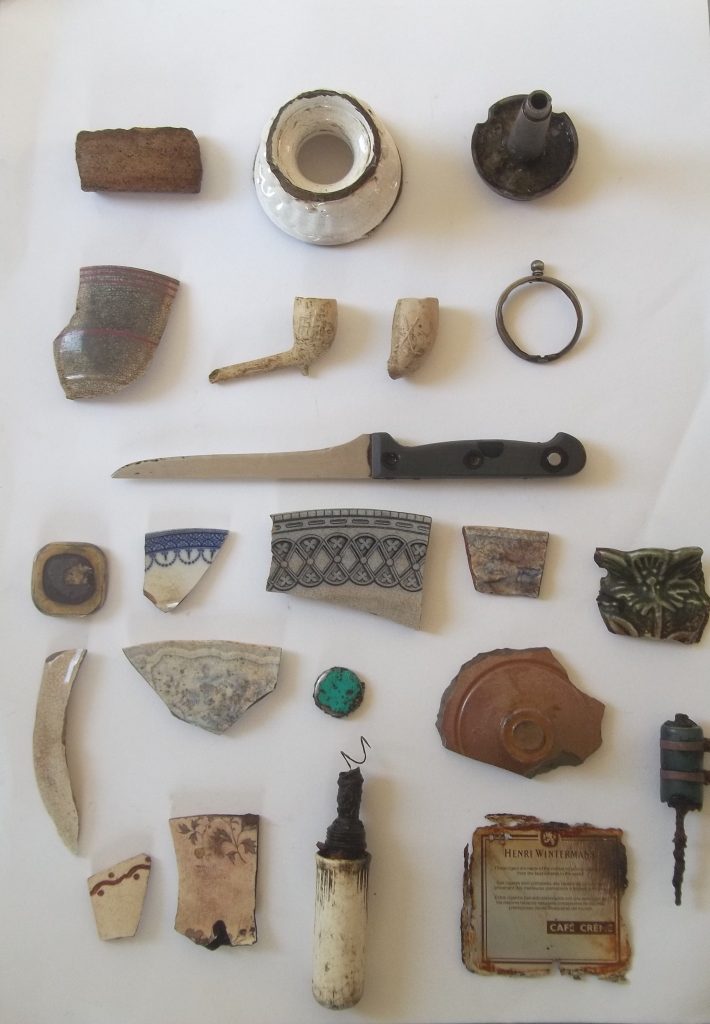 The Panel are keen to stress that they are interested in ordinary everyday objects as they are in the more famous and well known such as the Silver Ball of Rattray, Cargill’s leap or Diarmuid’s tomb. Local artist Frances Law’s art and archaeology project on the Coupar Burn is throwing up many such examples:

“Among the finds were Victorian spoons, knives and clay pipes, plastic toys, glass bottles, mobile phones, bolts and fixings from railway sleepers, tins and jewellery from a hundred years ago to the fairly recent past. Once cleaned and on display these objects captured the imagination of members of the local community unveiling something forgotten, a memory, a link to the past, a trigger stirring an emotion from another place, another time. However these objects found their way to the bed of the Burn these material remnants provide a mirror which reflects a particular chronological, cultural and social history of the town”.

If you have an idea of something or somebody that should be included in the 100 objects that relate to any of the three themes of people, places and landscapes, go to the project website, www.cateranstory.org.uk and upload an image and some text about your proposal, why you or your family or friends value it and why you think it should be included in the final 100 objects chosen. You can also find the project on: