The final 100 Objects to be included in “A Story of the Cateran Trail in 100 Objects” have now been chosen. 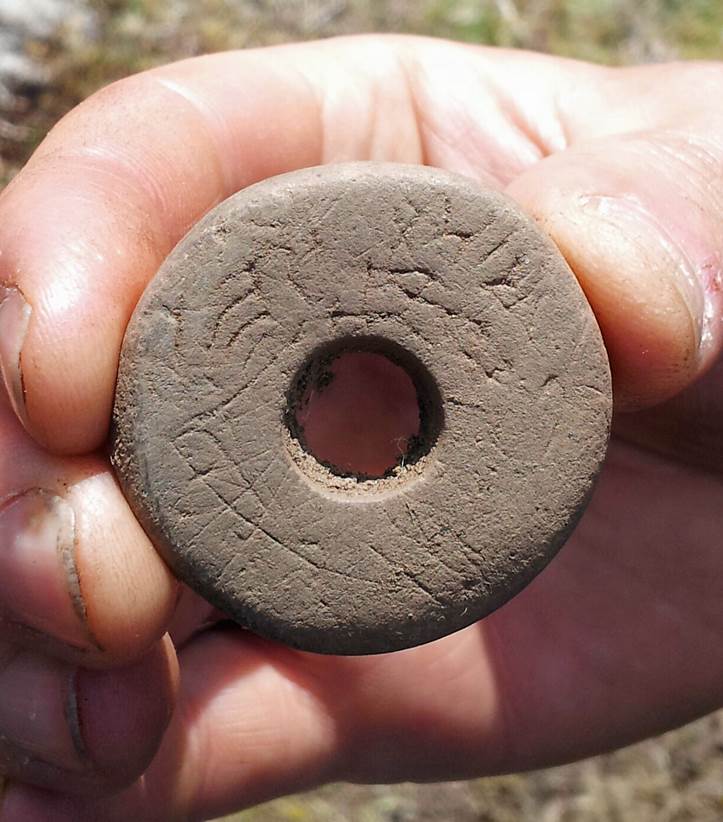 The project was launched in November 2016 with a campaign to crowdsource ideas for 100 objects that tell the story of the Trail’s history right up until the present day. Folk who live and work around the Trail and those who visit were asked to propose people, places and landscapes and objects associated with them, that they believe tell an important part of the story of this part of Scotland.

The final 100 Objects were chosen in April 2017 by a Community Panel Chaired by Councillor Bob Ellis and form the basis of a new booklet, an Exhibition at Alyth Museum which opens in July 2017, new itineraries aimed at visitors the area and a set of teaching resources for local Primary Schools. 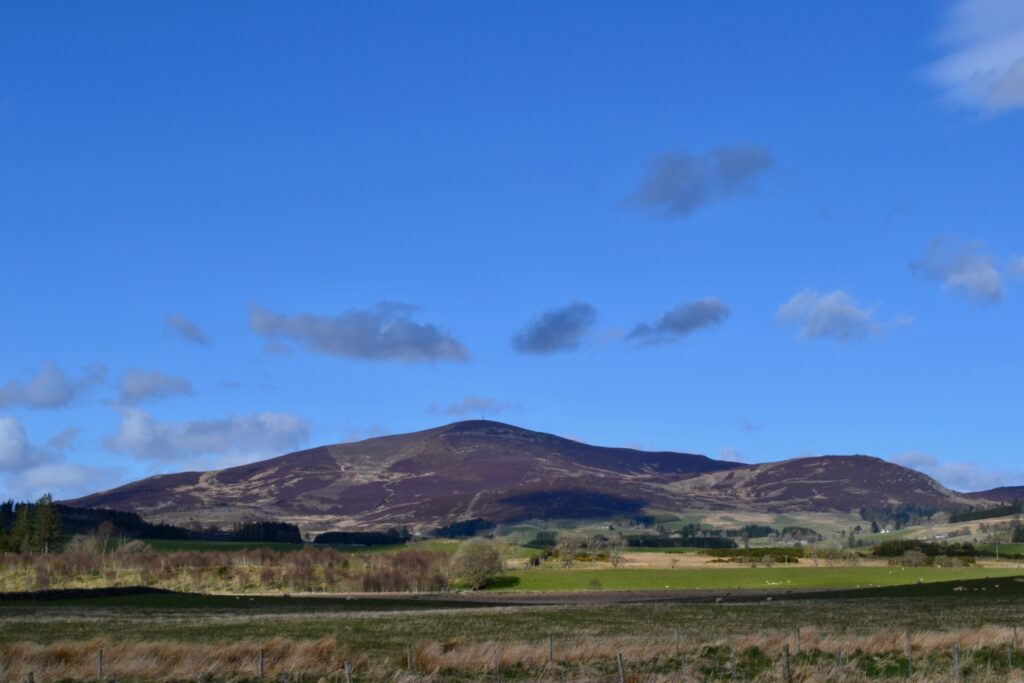 Bob Ellis, Chair of the Community Panel who chose the final 100 and a co-founder of the Cateran Trail said: “We are very excited by what has come out of the public campaign for ideas of people, places and landscapes that should be included. The variety of suggestions put forward has made visible the incredibly rich history, heritage and contemporary culture that makes up this wonderful part of Scotland and all of us involved in the project have learned so much. We are now planning exactly what can be fitted in to the Exhibition space we have available at Alyth Museum and how we can best represent each object in the accompanying booklet.”

The final list has been drawn from 158 suggestions put up by members of the public on the website especially designed for the project, www.cateranstory.org.uk. Twenty nine entries have been chosen for the theme of ‘people’, forty for ‘places’ and thirty one for ‘landscapes’. 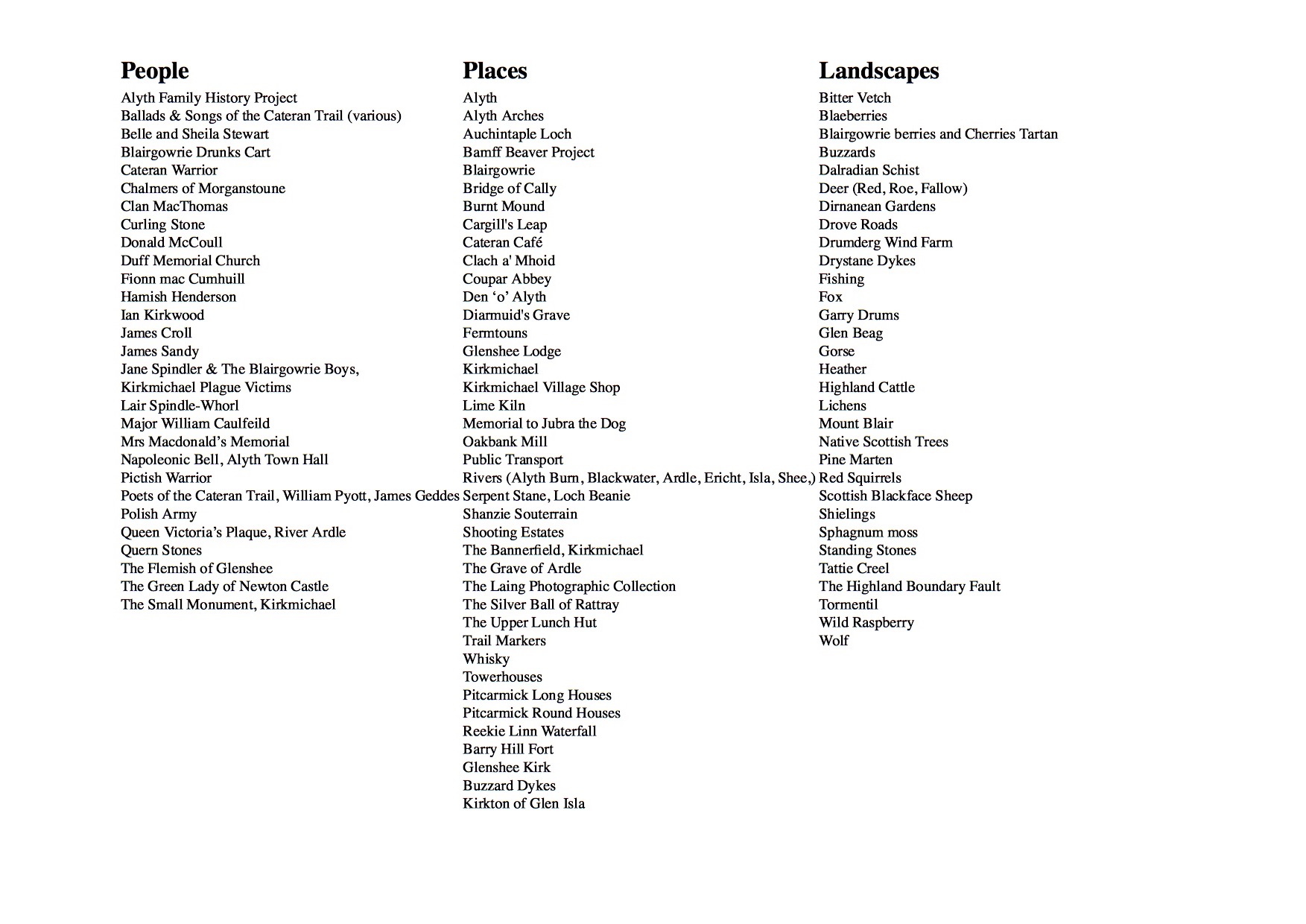 Clare Cooper, Co-producer of the Cateran’s Common Wealth project who has been working with the community panel said: “We managed to group some of the entries under bigger subheadings such as the ‘Ballads & Songs of the Cateran Trail’ and ‘Standing Stones’ which meant that we could get more in to the final 100! Finding out about the many ballads and songs that relate to the area was a joy. I’d love to see if we can put together a set of recordings of them. There are lots of other things we can do with the list too like creating themed itineraries for visitors. Whilst we only have funding right now for the Exhibition and booklet, the accompanying walks and talks programme and the specially designed lesson plans for local primary schools, we’ll be investigating whether we can raise raise more funding to make some of these other ideas happen. In the meantime, we look forward to getting the Exhibition up and running which will be open from the 1st July in Alyth Museum.”

A version of this article first appeared in The Blairgowrie Advertiser on Wednesday May 3rd 2017.